One of my favorite stories of governance “lessons learned” comes from my friend and colleague Oluseun (Seun) Onigbinde, who runs the organization BudgIT.

I’m thinking about Seun’s reflections as we at Reboot get ready for the OGP Global Summit in Ottawa at the end of this month. The Summit is always an opportunity to share exciting successes and big ideas in the open government space; but in thinking about what I hope to share with (and learn from) my peers, I’m trying to keep in mind that we can sometimes gain the greatest insights from discussing our failures.

That’s why Reboot hosted a “Fail Fair” at last year’s summit. We brought together three colleagues who have achieved impressive successes, and asked them to talk about their failures instead—with a focus on technology, a common area of expectations-falling-short-of-results. Seun’s story is just one of these “failures” (although “failure” might be overstating it, as BudgIT ended up designing a low-tech, grassroots alternative, with far better results; Seun tells the whole story in his own words below).

In celebrating failure, what we’re really doing is reminding ourselves that doing good development work requires trial and error. The more we can be open about the errors, the more likely we are to try new ideas, to stay open to risk, and to iterate and adapt our way to real solutions.

So as we get ready to head to Ottawa, I reached out to last year’s panelists and asked them to recap their stories from our discussion.

Story #1: BudgIT finds an old-fashioned grassroots solution is better than any tech.

Oluseun Onigbinde is the Lead Partner and co-founder of BudgIT, a civic organization that works to make public finance data more accessible, transparent, and understandable to citizens.

The idea behind Tracka was to create a simple, easy-to-use website for people in rural areas in Nigeria to find information about local public projects and keep tabs on their progress. The site encourages visitors to, “Don’t just complain about it, act now!”

Based on the site’s success, we started working on an app version of Tracka. As Zack wrote in the introduction, people generally don’t go looking for information on public projects, so our app was designed to make it easier. But then we ran into the problem that people don’t use apps.

We had conceived of the app as a strategy to grow Tracka; ultimately, we had to scale that back. We saw it as a project design failure. To avoid this kind of thing in the future, I believe people should always put themselves “in the shoes of the user.” You have to always ask the question: Is the thing I’m working on contextually right for society? In a lot of cases, we find that an advanced technological solution isn’t.

More often, the mantra is: Use low tech. Abandon apps.

To that end, we shifted our focus for Tracka to another mode of adoption. We had previously found success in partnering with Enough is Enough Nigeria to expand our radio programs to distribute governance information—creating a network of community champions in local communities, and using social media to amplify their work.

We used a similar solution for Tracka. Instead of an app, we started hosting town meetings about public projects. We were immediately surprised by the number of people who attended. This grassroots solution ended up being a better way to communicate and engage with people. Technology had a role, in that we used social media to invite people to the meetings and then to amplify the conversations that were happening at the meetings. But technology was just a way to augment the real solution. For example, we created an SMS program, enabling citizens to send text messages from their communities, which integrates into our webpage and which we can use in real-time to drive action.

One of the big challenges with this kind of pivot, naturally, is managing donor relationships; someone in the audience at the OGP Summit asked about this last year. When you realize something isn’t working, and you need to pivot, how do you bring donors along? This is a real challenge for a lot of groups, and one of the ways we try to manage it is by communicating with donors about the importance of additional funding for expanding in-person programs to more states (rather than continuously investing in more apps). We were very fortunate to have a donor, Luminate (formerly Omidyar Network, Government & Citizen Engagement Unit), that fully trusted our judgment and provided a core grant for developing Tracka, which was flexible enough to allow us to scale to 22 states and rethink our approach.

Abandon the obsession with apps. Use low-tech solutions that are close to home.

Our story comes from a time when we were looking to build use cases for open contracting data. That is: How can we demonstrate different ways that communities can use open data? To that end, we partnered with a local organization that wanted to create a portal analyzing data on public contracts. Unfortunately, that portal died a natural death, for lack of use. You can read more about that project in this blog post.

That project (among others) is the inspiration for four lessons we constantly remind ourselves with. It’s our way of holding ourselves accountable and not repeating the same mistakes. These are key, cardinal principles we always remember in our work:

We are still internalizing these lessons; just knowing them doesn’t mean you start doing them! Because we know we need constant reminders, we have someone on our team for every project who functions as an arbiter, ensuring these lessons are baked in.

We seek first to understand before we intervene.

The MacArthur Foundation takes the strategy of making “big bets.” In Nigeria, the Foundation is focusing on the major issue of corruption, and is taking a cohort approach to grantmaking.

We started by investing in journalists to produce investigative reports, but while these reports were successfully uncovering corruption, they weren’t generating any response. There was a gap between report and action. We faced the question: How can we drive social action and pressure the government?

Within this question, we also faced specific challenges. For example, some grantees were not reaching specific segments of the population, because of language barriers or because they weren’t reached by certain media channels. We also saw that grantees faced stiff competition from national issues in trying to get their corruption reports to “break through” the noise.

To move forward, we saw a need for greater collaboration. One thing we’re working on now, for example, is to support civil society and journalists to work together. We are supporting civil society organizations to provide the “last mile” necessary for investigative reports to cause action. We also engaged another cohort who are focusing on interpreting investigative reports and ensuring they reach people in local languages.

We make “big bets,” but that’s not just a one-time investment. It’s about iterating and learning and adjusting over time.

Panthea Lee is our Principal and co-founder here at Reboot.

In 2011, Reboot was asked to work with the new Libyan government and the UN to help support a peaceful democratic transition. In a country still marked by violence and separated by vast physical distances, we were asked to develop a voter registration tool and implement a national program that would allow all citizens to participate in the new democratic process.

One thing we learned was that: The process was more important than the tool we were actually developing.

Gaddafi’s regime had been purged; the people who were setting up the government had never done this before. We found that when presenting different design solutions, the ones we thought were best—and that performed highly based on “objective” tests—weren’t the ones our Libyan counterparts chose. We used “could reach as many people as possible” as our core metric of success, but for our counterparts, there were many other complicating factors as well, from cultural norms around the display of women’s names on the voter roll to putting their best foot forward for the international community.

We had to check our ego and know our limitations. Democracy is about people driving for themselves. As designers and technologists, it’s easy to think we know the “right” technical solutions, but to truly support democracy in Libya, we had to be there for the solution that the emerging democratic government wanted. We had our project timelines, and desperately wanted to see as much positive change as we could while we were there. Our challenge was to set aside those outcomes (which really just satisfied our own egos and our desire to “drive positive change”). We had to constantly remind ourselves that we were supporting a larger change process. When we were able to do that, we saw that what was more important than our design solution itself was the conversations that our design process was supporting.

More important than our design solution itself were the conversations that our design process supported.

Join us in Ottawa!

I’m excited to hear more stories of “failing forward” in Ottawa at the end of May. I hope you’ll join us for a couple of sessions hosted by Rebooters:

Both of these are areas that defy traditional metrics and target-setting approaches, and that require a lot of trial-and-error. I’m looking forward to hearing ideas—and examples of lessons learned!—from the inspired and inspiring community at OGP.

The (Unofficial, Unsolicited) How-To Guide for the OGP Summit Session of Your Dreams 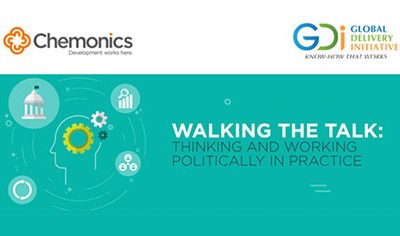 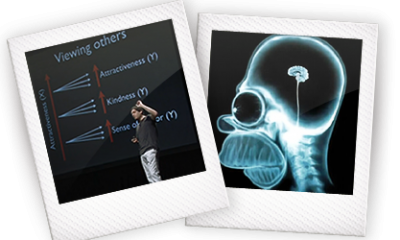 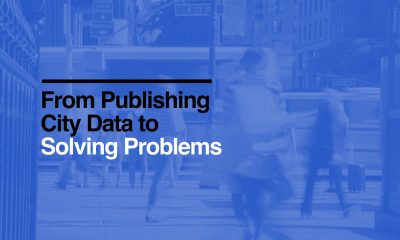 How We’re Building a 21st Century New York For Everyone