In Tanzania, 97 percent of rural children have no birth certificate. Now, a mobile birth registration system is changing that statistic. The system is not only affecting people’s lives—as registration is tied to access to higher education, voting, and other services—it’s also changing the way the government works, using real-time data to allow for more effective short and long-term planning in service provision.

The mobile birth registration system was piloted in 2012 through a partnership between UNICEF and the Tanzanian government.* The program makes it easier to register children under 5 by increasing registration points and eliminating fees. It then uses bio data tied to specific locations gathered through registration to adapt and modify day-to-day implementation. Program managers have used the data to improve birth registration by enhancing usability of the mobile app, providing targeted training for registration managers, increasing personnel for overwhelmed registration locations, adapting public awareness campaign messaging, and ensuring sufficient stock of registration materials. Despite the increased availability of technology, such sophisticated use of data for adaptive management is still rare among development projects. What makes this program different? Reboot went to find out, as part of a consortium working with USAID’s Global Development Lab to understand the opportunities and challenges of using real-time data in development work.

While our research uncovered a few reasons why this program was successful, we found the key ingredient in Tanzania was political buy-in—the degree to which people at every level of managing and delivering the program feel ownership, excitement, and motivation around its success.

The exciting potential of Real-Time Data for Adaptive Management (RTD4AM)

In recent years, there has been an explosion of interest in real-time data in the development sector. This is partly due to the opportunities presented by new technologies that make it possible to collect, share, analyze, and manage data with unprecedented speed, granularity, and cost efficiency. While impact often takes years to demonstrate in development work, real-time data allows implementers to monitor their work early and often during implementation. Real-time data provides the evidence needed to adjust and iterate programs as they go (instead of the traditional approach of evaluating at the end).

As Owen Barder explains in his book Complexity, Adaptation, Results, “Adaptation is the way to deal with problems in unpredictable, complex systems… Real-time learning is essential to check the relative effectiveness of different approaches, scaling up those that work and scaling down those that don’t.”

Investigating the link between real-time data and adaptive management was what brought Reboot to Tanzania. We sought to better understand when, where, and how real-time data systems could contribute to adaptive management practices. While existing literature and expert interviews were helpful in understanding the theory and promise of RTD4AM, given the topic’s relative newness in development work, we and our partners Institute of Development Studies (IDS), Overseas Development Institute (ODI), and Feedback Labs realized that fieldwork was necessary to truly understand how these approaches worked in practice. As such, we examined four case studies in depth—two each in Tanzania and Indonesia, and each in a different sector—to build an evidence-based, field-grounded understanding of what it takes to use real-time data for adaptive management

Our research in Tanzania revealed that the “authorizing environment” is critical to the success of real-time data initiatives. Programs work best when political leaders at all levels work together to bolster programmatic and policy aims. In other words, the political economy surrounding a particular program has much more influence over what adaptations are possible than does the data itself. While technology optimists have theorized that faster data could drive programmatic change, research across all four cases showed that data only drives change when there is an enabling culture. The political economy shapes the way real-time data is considered, collected, and used. In Tanzania, this meant that leaders were directly involved—reviewing dashboards, sharing insights on WhatsApp, and pushing forward policy discussions to further expand the mobile birth registration initiative.

Why Tanzania had the political buy-in

In Tanzania, individuals interviewed across all levels of program implementation expressed support of the birth registration system; they felt that birth registration is a basic right of all citizens. The program had universal buy-in because the goals were perceived as necessary.

But beyond the motivation that comes from such widespread support, the program designers made a conscious choice to ensure that managers and staff had specific tools and processes to translate motivation into action, and to track progress against goals. One way to achieve this was by creating a dashboard, which allowed local registration teams to see their own success rates and compare with other locations. Just as importantly, the dashboard allowed local officials to identify underperforming locations.

Because officials were politically invested in program outcomes, many would monitor progress in their districts and contact local registration offices to address problems and support improvements. This both created pressure for accountability and improvement, and opened channels of communication and potential resources to solve problems. In one case, the dashboard led to an official making a site visit and discovering the staff were overburdened; additional personnel for registration was provided for the site.

The strategy also created a climate of friendly competition and peer pressure. One district official in Iringa, for example, was in the habit of calling his counterparts to playfully tell them that he was “in the lead” when registration numbers in his district climbed above the others. This spurred other officials to bolster birth registration in their districts, leading to targeted support to ensure successful program implementation.

With staff and managers fully “bought in” to the program, we saw adaptive management happening at multiple levels.

At the national level, the Minister of Constitutional and Legal Affairs attended a launch event to roll out the system in a new region where he was impressed with the data gathered. He immediately followed up with the District Commissioner, requesting district-by-district information. This led to the data being integrated into national-level policy discussions about expanding the civil registration system. The long-term goal is to create a comprehensive system including birth and death records that supports service provision such as voter registration and national identification

At the regional level, the high profile of the initiative led local officials to quickly iterate programs to improve outcomes. For example, one woman in Mfundi sent a complaint via WhatsApp to the Regional Administrative Secretary about a health center that was closed when she went to register her newborn child. Because the Secretary was invested in the program’s success, she followed up with the district executive director, who in turn ensured the health center was fully staffed and operational—an investment of resources to help ensure registration for everyone in the area. Responding to citizen feedback is not always a guarantee; successful feedback loops only happen when all actors along a service delivery chain are motivated to receive and respond to feedback. In this case, the political buy-in led to a quick resolution of citizens’ challenges.

The Potential for Adaptive Management in Strategic Decision-making

At the local level, the data proved useful in supporting officials with resource planning, hinting at the untapped potential of RTD4AM for strategic decision-making. While reviewing the dashboard, one planning official noticed much higher rates of birth registration than anticipated in his ward, prompting him to consider long-term implications on his community. He was able to bring this data to planning discussions to request resources allocation for expansion of schools and health services.

The enabling environment for real-time data was particularly ripe in Tanzania; the combination of donor support, widespread political interest, and belief in the importance of birth registration paved the way for the mobile registration program’s momentum. In other contexts, these factors may not be so friendly. For anyone working with an exciting new data and technology approach, it’s important to remember: technology initiatives are not just about technology; a firm foundation of political buy-in paves the way for adaptive management. 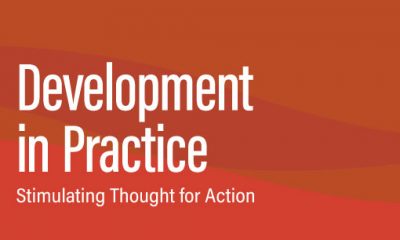 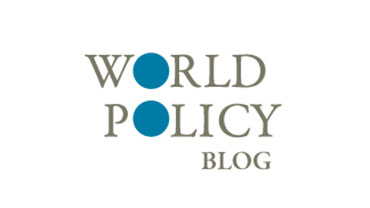