Data is for Everyone: Three Open Data Lessons from a Hurricane

Here in New York City, we’re wrapping up Open Data Week—a series of conversations and workshops about how cities can “open” their official datasets for public use. As my colleague Zack wrote earlier this week, we are at a major turning point for the open data movement, as forward-thinking leaders understand: To create impact, open data must be demand-driven. We at Reboot are working with partners and cities to put this shift into practice, by engaging individuals and advocacy organizations in the design of data initiatives, so that data resources are directly connected with true citizen needs.

This conversation resonates with me on a personal level, because last fall, I watched people create and use data to make decisions that affected their own personal safety during Hurricane Harvey. I want to contribute to this important conversation with three ideas for how cities should think about data, drawing from what I saw.

Why data matters in a hurricane

I grew up in Houston, which experienced catastrophic flooding during Hurricane Harvey last August. The storm dropped more than 50 inches of rain over four days, overflowed bayous, submerged freeways, damaged over 200,000 homes, and displaced thousands of people, including friends of mine who had to be kayaked out of a two-story house.

I was visiting family when Hurricane Harvey hit, and two days after I arrived, we evacuated to Dallas. As Harvey ravaged my hometown, we streamed Houston news stations constantly, but few of them reported from the area my parents lived in. So we used the Harris County Flood Warning system to monitor real-time data on the inches of rainfall and bayou overflow in my parents’ neighborhood. I was impressed with the reliability of this official data system, as we cross-checked it with reports from neighbors, but became even more inspired by the amount of unofficial citizen data generated and shared.

During and after the storm, I was amazed to realize how many people were making and using data to inform urgent decisions. Most of these weren’t civic tech hackers or specialists. They were ordinary people reporting information as they saw it and sharing it as widely as they could.

Lesson 1: Open data doesn’t have to be fancy.

Most of the data that I saw shared and reshared on social media took the form of simple Google tools. Spreadsheets, like this one for hotels taking FEMA vouchers and this one for translation needs at shelters, were easy to keep up-to-date which was crucial amidst a constantly evolving disaster situation. People shared Google forms and used Facebook pages to coordinate volunteer rescues. Most of these resources also relied on crowd-sourced data, and needed to allow a wide range of people with various levels of data and computer literacy to contribute their knowledge. In this dynamic, a simple Google spreadsheet—that could be easily shared and updated by many people in real time—became a powerful tool.

There are people doing incredible things with data, like these visualizations and interactive maps published in The New York Times. While these beautiful presentations are useful for communicating with wider audiences after a disaster, they’re not necessarily models for cities focused on distributing actionable information in an emergency situation. In non-emergencies, too, cities thinking about impact should remember that very simple applications of data can be elegantly effective.

Cities can also draw from readily available and existing data: For example, in many places that regularly deal with flooding and water issues, there are already meters in place that can sense water levels. These can feed into simple, publicly available digital maps to help people plan their evacuation routes. That’s how the Harris County Flood Warning System map (which my parents and I were monitoring during Harvey) worked. The map didn’t present this data elaborately. Instead, it focused on a few types of useful data and allowed both citizens and newscasters to monitor the situation citywide when they were unable to physically get to many neighborhoods.

Lesson 2: Everyone can create data.

During Harvey, ordinary people were engaging with data as both consumers and producers.

When cities are working to open data, many of them are very focused on the technical aspects and privacy implications of releasing their internal sets; others are concerned that too few residents have the capacity to process and work with data in meaningful ways. But the flood of resources shared on social media over the course of this disaster demonstrated just how much useful information citizens already have access to and need.

A recent article in Governing Magazine pointed out the inefficiencies that happen when governments aren’t willing to engage with citizen-created data—and used Hurricane Harvey as an example. The article described the CrowdSource Rescue site, a volunteer-run map that helped first responders identify stranded residents, but which operated in tandem with a government-run effort. “The inability to share data on who needed to be rescued led to redundant efforts from volunteer and government responders,” the authors say.

While the danger of duplication is greatest during a disaster, when the needs are timely and immediate, it’s a good lesson for any city government. Supporting ordinary people to use data to solve problems doesn’t have to be only about releasing government data sets. The open data movement should be looking for ways to coordinate with the projects that people are already putting their effort into and the knowledge and resources they’re connected to. Governments can identify where this data already exists, and build from there, instead of recreating it. By doing so, they can not only better identify citizen needs for open data, but also leverage the power and knowledge of ordinary people.

Lesson 3: Some of the most helpful open data users are information translators.

In Reboot’s recent work supporting cities in developing demand-driven open data initiatives, we’ve strongly encouraged leaders to focus resources on people who are connected to advocacy or community groups, who also have a fair amount of data capacity—they are able to access, provide, translate, and facilitate data for others to use. For example, the user personas we created for New York City to understand the current and potential users of open data emphasize the role of the “Influential Interpreter,” as one of the key players in the data ecosystem.

I was impressed to see the same thing was true during Harvey. A volunteer civic tech group, Sketch City, crowd-sourced information about resource needs at different shelters, and compiled it into a live map for those looking to help. As the Sunlight Foundation described, Sketch City was able to build on open data from the city and county with citizen inputs to create a realtime connection between shelters and donations so that resources could be effectively funneled to those in need. These types of data facilitators can help bridge the technology and data literacy gaps to elevate citizen voices and knowledge.

For a city responding to a disaster or just seeking to solve an everyday problem with data, this also means that resources from other places may be available. After a hurricane or other event, many people want to help—those with data skills can support other communities by lending expertise and time in processing and making data available.

Seeing the willingness of Houstonians to help their neighbors—whether by rescuing strangers, volunteering to tear out sheetrock, or creating and sharing useful data—reminded me just how proud I am to be one of them. It also showed me that anyone truly can create and use open data. Coming away from New York City’s Open Data Week, I hope we all commit to broadening the circle of open data producers and consumers, and increase the resilience of our city in the face of both the next big storm and the daily challenges of building a more just and equitable city.

Celebrating Cities and the People Who Fight for Them 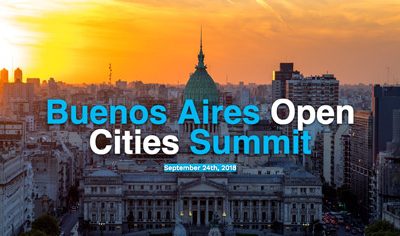 Designing the Future of Open Cities 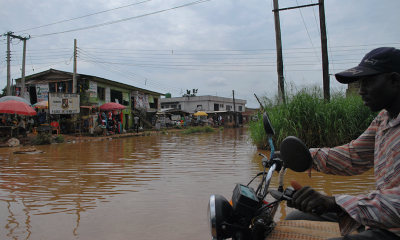