It is an uncommon sight to see an open government actor “talking shop” with a traditional good governance practitioner. But why? Are the stereotypes true: is the former tech-obsessed, and the latter lacking in innovative ideas? Both parties work to improve public spending and services, and many even agree on the fundamental ingredients to achieving this, so surely there is reason to believe that these two groups can and should ban together. Is this possible and what would the next phase of open government look like if so?

The lack of empathy we have written about and recognize as a challenge for working across governance institutions can help to explain a concerning phenomenon that I have seen firsthand: minimal engagement of traditional development actors (multilateral and bilateral agencies) in open government reform efforts.

Many open government advocates, however, emphasize the roles and responsibilities of individual governments and citizens, overlooking the agencies that direct and shape significant resources of the governance agenda. Anecdotally, the community shares a belief that traditional development agencies are too bureaucratic, meaning hairy to navigate, slow to progress, and outdated in thinking. On the contrary, there is widespread and open recognition that public sector experts play a significant role in development agency operations, and hold valuable knowledge and experience. In reality, a simple stocktaking of attendees at international open government conferences such as the annual Open Government Partnership Summit and Open Knowledge Festival reveals a near absence of those who have worked extensively on good governance issues for decades.

I come to Reboot from the World Bank at a time when there appears to be significant change taking place within the organization. Rumors have been circulating about the institutional restructuring for some time now and even internal actors are unclear about what’s next. The goal, as told by the president Jim Kim, is to break down existing silos to promote cross-collaboration. The new organizational matrix aims to eliminate disparate conversations taking place amongst, for example, African and Asian specialists both working on infrastructure issues. New global practices are responsible for the operations, knowledge, and learning around their focal area and a handful of thematic areas cut across them. Top layers of management have also been shuffling about in structure and individuals.

As of July 1, there is a new Global Governance Practice (GGP), a change that leads me to believe it is an opportune time for the open government community to meaningfully engage with the World Bank. The restructuring elevates open governance principles by bringing public financial management (PFM), information and communication technologies (ICT), and social accountability experts together under one roof.  In this mix, team leads using participatory budgeting methods sit side-by-side with those who offer performance-based budgeting skills. The changes have also energized internal actors to partner externally for operationalizing goals. One example of this is the formation of a new Digital Engagement unit that builds partnerships in each effort to bolster citizen feedback and government responsiveness.

To avoid remaining siloed from traditional governance actors like the World Bank, the open government community could benefit from reflecting on how to take advantage of these changes and best meet shared goals.

Engagement needs to go beyond making partnerships and exploring synergies to push for transparency.  These rarely trickle down to the project level, where design and process are king and what ultimately determines outcomes. Directly targeting project work is necessary and could happen in the following ways:

Why should the open government community care?

Institutions like the World Bank hold deep and longstanding relationships with governments (not least a product of legitimacy derived from government ownership of the institution).  While the open government community is full of influencers of governance outcomes, let’s be honest, the trusted connections to governments (particularly in the Global South) are minimal. Critical to improving governance, whether through mapping community needs, visualizing money and politics, or distributing public service information via mobile, is the role of the government who has the power to embrace transparency and translate it into accountable systems.

What brought me to Reboot is a shared belief that redesigning governance is not about avoiding what exists and building anew.  It is more difficult than that precisely because it requires understanding what we have, what limitations exist, and what small opportunities we can seize to make incremental progress. 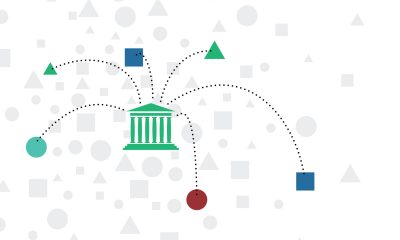 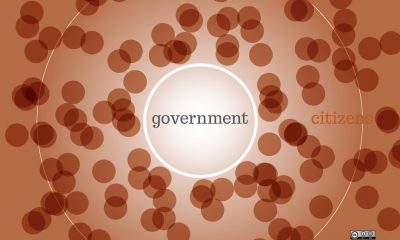