Lucia Aguirre sells food in Flor del Campo, a neighborhood in the south of Tegucigalpa, Honduras. Each day she pays $10.00 to the local gangs for the right to run her small food cart business. Her husband Pablo Dominguez, who drives a bus for Tegucigalpa’s public transportation system, also pays a regular extortion fee of  $26.00. This month he has received at least three death threats from rival gangs who are fighting ferociously to be the landlords of his neighborhood.

The Dominguez family, like many others in their neighborhood, live terrified of gang violence. Last month two bus drivers were murdered in their area. Neighbors prefer to pay the gangs rather than report them to the police, since gangs know how to enforce their threats and police can’t stop them.

Frightful stories like these abound across Latin America where crime and violence affect the lives of millions. According to the UN Office of Drugs and Crime, the region is the world’s most violent with 30 percent of all homicides committed globally and the only zone where homicides increased between 2000 and 2010. Central America has a homicide rate of 24 victims per 100,000 population (2011), which is four times higher than the global average. At the country level, Honduras had the highest homicide rate in the world outside of an active war zone in 2011, with 90 homicides per 100,000 persons, followed by Venezuela (54), Belize (45), El Salvador (41), Colombia (31), Brazil (25) and Mexico (21). The picture worsens at the local level, where cities like San Pedro Sula, Honduras had more than 170 victims per 100,000 persons in 2011 or Acapulco, Mexico with 143 homicides per 100,000 inhabitants in 2012.

At the heart of the violence epidemic in Latin America lies a broken relationship between citizens and their governments. National and subnational governments are unable to deliver effective public security to protect lives and property—the sine qua non service for which people give up individual liberty to the state in a social contract.

The reasons of why Latin American states fail to deliver security to their citizens are numerous.

First, there is the problem of corruption. Law enforcement institutions, namely the police, courts and prisons, are often on the payroll of both local governments and cartels. In other cases, even when there is goodwill from local police forces, they lack the numbers, training, and equipment required to deal with violent gangs and drug cartels. Local authorities commonly face the choice between “plata o plomo”, or “silver or lead”—either cooperate with criminal organizations by accepting bribes or risk being shot.

Second, there is a problem of capacity. Most resources are directed at fighting major criminal organizations at the top, leaving citizens exposed to other threats to their security. For example, when major drug cartels are broken up, the remaining cells need to fund themselves to fight competitors. To make ends meet, they diversify their criminal activities through extortion, human trafficking, and kidnapping, all of which directly affect the livelihoods of  communities.

Third, severe inequality and the poor quality of education has not created societies with a more equitable distribution of opportunities. Latin America has 148 million people between the ages of 15 and 29 years-old. Economists call this a “demographic bonus” that can help the region boost economic growth. But the bonus can easily become a nightmare if this population cannot access high quality educational opportunities that can link them to well-paid jobs or other opportunities for personal development. Education can be an important means out of poverty and violence for thousands of children from neighborhoods such as Flor del Campo in Honduras or Badiraguato in Mexico. Through education they can escape the somber future of being recruited by gangs and dream about becoming doctors, architects, engineers, and astrophysicists instead of narcos or maras.

Finally, mano dura (iron fist) policies against crime have actually exacerbated violence. A case study of El Salvador, Honduras, and Mexico found that these policies, like those implemented in Mexico between 2007 and 2012 and in El Salvador from 2000 to 2009, have multiplied turf wars between rival criminal organizations.

All of these reasons contribute not only to the failures of governments across the region to deliver public security, but also to the lack of trust citizens have in their authorities. In Latin America, public trust in the police is less than 30 percent compared to 47 percent in the United States. A study of Argentina, Bolivia, Guatemala, and Venezuela found that 60 percent of the people think that their local police have been involved in criminal activities.

Fortunately, the concept of security in Latin America has been evolving away from a state-centered vision like mano dura, where maintaining order and protecting the state’s sovereignty from external and internal threats are the core objectives. In its place the concept of citizen security, where security is human-centered and the main goal is to create a peaceful environment for people to live free from crime and violence, is gaining traction.

Citizens, after all, know their communities and neighborhoods best. They can help their local authorities to design and implement better targeted public security strategies, policing routes, crime prevention policies, or even alternative conflict resolution mechanisms. Civil society groups can also be a watchdog for corruption and help elicit transparency and accountability from the state’s law enforcement agencies. Interestingly, the case study of El Salvador, Honduras, and Mexico cited above also found that approaches rooted in citizen participation have shown greater success in reducing violence.

But for citizen security to succeed, two ingredients are required. The first is a participative and proactive citizenship engaged in the task of creating a peaceful environment for coexistence. The second is a responsive and accountable state that provides reliable services. The question then is how to stimulate citizen participation where crime-related violence has broken the relationship between states and citizens?

Given the current lack of trust in their authorities, people are unlikely to participate in a new initiative actively. Maybe they fear retaliation, or maybe they think it is meaningless. Imagine asking Lucia and Pablo to participate actively with the Flor del Campo community and local authorities in an environment where the state has been almost entirely replaced by violent gangs.

Stay tuned for my next post, where I’ll dive into ICT-based systems across Latin America to explore what works and what doesn’t about these tools for improving public security. 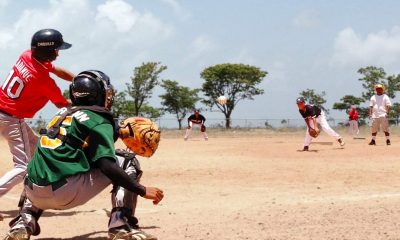 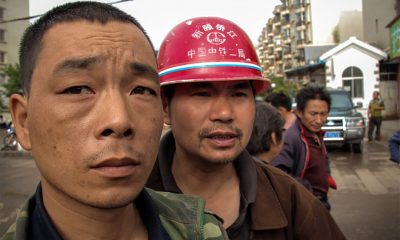 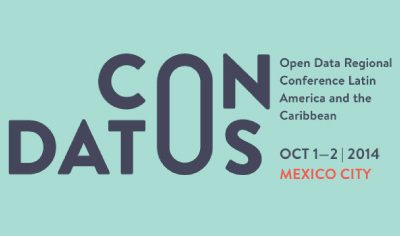 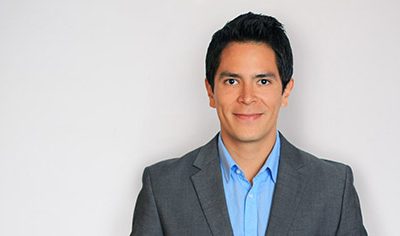