A People-Centered Approach to Children’s Rights Policy in Nicaragua

Maribel smiled softly as she spoke about her aspirations for her first child, eight-month-old Pablo. “There are a lot of things that work to open little kids’ minds. We grew up with grown people’s minds. [I want my son to have] access to better opportunities that I didn’t have.”

Maribel (whose name we’ve changed here to protect her privacy) was one of the first mothers we interviewed in Puerto Cabezas, the capital of Nicaragua’s Northern Atlantic Autonomous Region (RAAN). Inviting us into her family’s small concrete-floored bungalow, she explained how she had done everything in her power to ensure that Pablo gets a strong start in life. With no doctors present in her rural community, she endured hot and bumpy five-hour bus rides to the regional capital for each prenatal medical visit. She scrimped to afford the healthy diet her doctor recommended throughout her pregnancy.

She is optimistic about who Pablo will become as he grows into adulthood. She envisions a healthy, well-educated, and polite boy ready to work for a better life for himself and his family. But she knows that raising her son in RAAN, both her and Pablo will face many obstacles to achieving this vision.

Throughout Nicaragua, a host of constraints inhibit children from achieving their full potential. Half of the country’s children live in poverty. Nineteen percent live in extreme poverty. Still, over the last decade, Nicaragua has made great strides toward improving the lives of its children. But these gains have not reached all children equally.

A child in RAAN, especially a minority or indigenous child, is more likely to live in poverty than a child in Managua. And though childhood malnutrition has decreased in the region, it remains a severe problem that is much more pronounced than malnutrition in Nicaragua as a whole. Almost across the board—in terms of education, access to clean water and safe sanitation facilities, birth registration, and other key development factors—RAAN’s children face significant obstacles to healthy growth.

In response to this situation, officials in the regional autonomous government are working toward a long-held dream of creating a regional policy that will support the rights of children across RAAN. In partnership with UNICEF Nicaragua, they kicked off the process late last year.

The severity of underdevelopment in the region is only one of the hurdles to a successful policy. The ethnic and cultural diversity that gives RAAN its vibrancy also complicates the policymaking process. While Nicaragua’s Pacific coastal regions are overwhelmingly Mestizo, Spanish-speaking, and Roman Catholic, RAAN is home to people representing several different indigenous and non-indigenous cultures, who speak different languages, practice different religions, and hold distinct views on child rearing.

Given the complexity of the region, how could policymakers begin to understand the diversity of experiences of children and families across the region, much less address this array of needs through a single policy?

In April and May of this year, we traveled to RAAN to explore this question in partnership with UNICEF and the regional autonomous government. Our goals were twofold: enable empathy in the policymaking process by bringing officials closer to parents and children like Maribel and Pablo; and to support them in giving that empathy meaning in the development of a living policy framework.

Together with our partners we spoke with and joined the daily lives of more than 200 residents, including children, mothers and fathers, teachers, school directors, health providers, and public servants. Through this exercise, we sought to identify priorities, aspirations, and pain points as perceived by the people of the region. Additionally, through a series of community consultations, research activities and synthesis sessions, we immersed regional policymakers in the context of their communities, training them in the tools and techniques of design research.

According to one official in our group: “[Participating in the research] made me acknowledge that maybe we need to visit more—it’s not just the business of monitoring. We need to give an answer.”

For us, this collaboration was compelling for two reasons. We were excited to have a hand in creating real improvements in the lives of children and families in the near-term. Additionally, looking at the bigger picture, we saw a great opportunity to support long-term social change in the region by giving the regional autonomous government and UNICEF the tools to take a human-centered approach to policymaking moving forward.

Over the course of the coming weeks and months, we’ll be sharing more from our experiences of operationalizing empathy in RAAN’s policymaking process. Stay tuned for updates! 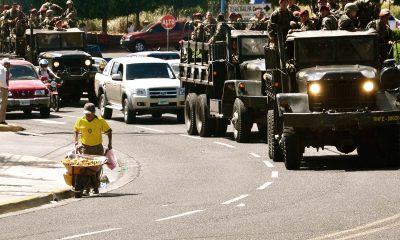 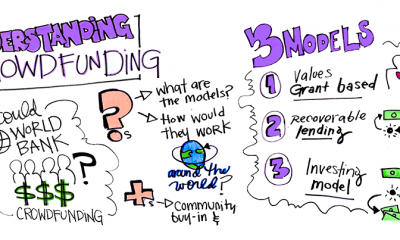 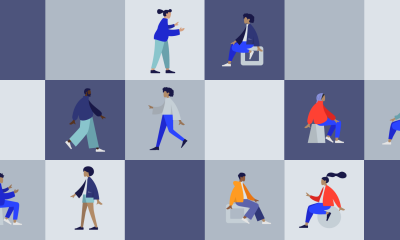 Co-Design, Online: How Quarantine Can Lead Us to a Better Collaborative Process

Dave Algoso at World Summit on Innovation and Entrepreneurship