Egypt’s labour organizers have long been among the most vocal and domestically persuasive movements advocating for substantive national reform. While its demands began with workers’ rights, over the years, labour has expanded its scope and vision for social reform. A matured focus necessitated leaders become better informed, organized, and networked. Indeed, the labour movement has been instrumental in mobilizing and educating regular Egyptians on their fundamental rights, and in orchestrating coordinated demonstrations against a repressive regime.

Industry syndicates (or unions) in Egypt previously required government sanction and were controlled by a state arm, the Egyptian Trade Union Federation. This meant that syndicates often sacrificed members’ interests for those of the state. Most syndicate members we spoke with — from factory workers to lawyers — unleashed torrents of complaints against their syndicate leaders. They claimed syndicates were ineffective at securing fair wages and the ability to form independent unions. These basic demands were sabotaged by syndicate leaders more interested in protecting their relationships to government and business groups.

Thus, organizations such as the well-respected Centre of Trade Union and Workers Services (CTUWS) formed as independent entities serving the labour movement. At first, the organizing efforts of these groups were largely sporadic, fueled more by potent resentment than by astute strategy. Over time, the movement improved its tactics and evolved beyond solely labour advocates to a general civil rights force to be reckoned with. Labour was actively involved in monitoring the 2005 presidential and parliamentary elections. The April 6 Youth Movement, which has received much praise in recent media, was born out of a labour strike in El-Mahalla El-Kubra on April 6, 2008.

Today, the 21-year-old CTUWS has four branches across Egypt. The organization provides legal support, financial resources, and training to labour organizers nationwide. They have no political affiliations, though their demands — the end of the Mubarak regime and a legitimate shift towards democracy — are inherently political. To better understand CTUWS and the labour groups it supports, we traveled to Mahalla. The city is known across the country as a hub for Egypt’s labour movement. There we met with factory workers, labour organizers and the head of CTUWS. We gathered in CTUWS’ office, a utilitarian space where the television is always on and heavy cigarette smoke chokes the air.

Given CTUWS’ history, we expected excitement around recent events, but the labour organizers — grizzled, chain-smoking men in their 50s and 60s — were unimpressed. “The regime hasn’t changed,” was the consensus. One organizer elaborated: “The regime is much more than man. We still have a lot of work to do.”

Leading a constituency that is largely digitally unconnected, and often illiterate, these experienced organizers described the face-to-face tactics they used to educate, mobilize, and deploy their communities. Mobile was only used for communications among the head organizers, but not among the masses. Internet-related anything was out of the question. Indeed, for all the possibilities of smartphones and social media, when it comes to mobilizing labour, printed flyers and break times in the factory cafeteria still reign. The organizers saw their strategic parameters not as constraints — quite the opposite. “It is risky to rely on phones and computers because you never know who is watching, listening, and reading,” one organizer explained. “And what if phone or internet service gets turned off, then what do you do? Talking to the people in front of you, that you can see, touch, and trust — that is the only thing you can rely on.”

Despite labour’s conventional techniques in an era of seemingly boundless technological possibility, their success and credibility speaks for itself. The Egyptian labour movement has drawn significant concessions from the government over the years, and boasts extensive support among the popular classes. In 2007, textile workers at a state factory in Mahalla won the right to receive hazard pay. In 2008, property tax collectors camped out for two weeks in front of the parliament before receiving a 325 percent increase in salary and the right to form the country’s first non-state controlled union.

In the present moment, popular opinion on the labour movement’s role in the revolution is divided. Some Egyptians say it played a decisive role in toppling the regime. Coordinated mass strikes in early February, they maintain, were the last straw that finally pushed Mubarak over the edge. Others insist labour was but one of many opposition groups. And a majority of those we met wished, ‘post-revolution’, that labour would now stop their “selfish” strikes focused on particular, rather than national, demands. “Now is not the time,” they say, “labour must be patient.”

Whether gratitude, skepticism, or resentment dominates popular opinion towards it, there is no doubt that Egypt’s labour movement was critical in realizing the January 25 Revolution. Whether labour is correctly credited in the history books remains to be seen, but for now, labour requires critical support — political, technical, and financial — to realize the socioeconomic gains their constituents seek. 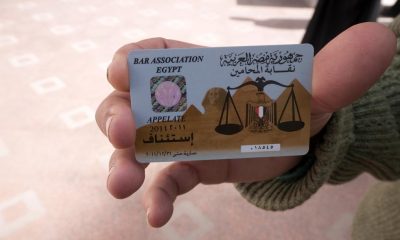 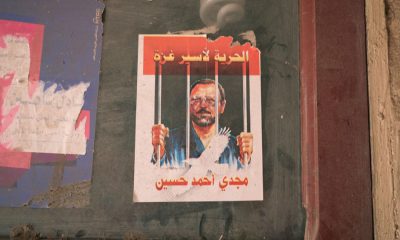 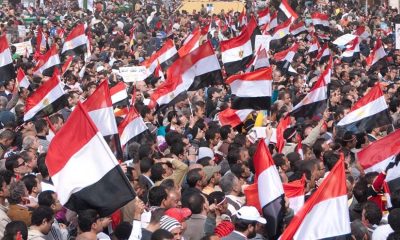 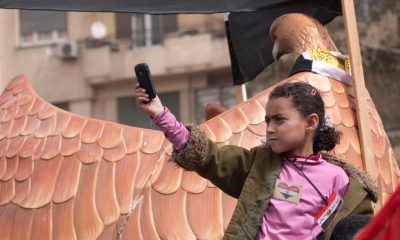 The Role of Technology in the Egyptian Revolution