PDF hosted a highly thoughtful conversation (video archive here) at NYU last night. As is their wont, they convened some very bright but divergent minds to discuss Wikileaks and what recent developments in online and offline advocacy suggest about the future of internet freedom.

As it turned out, Wikileaks was only the nominal topic of conversation. Discussion quickly progressed beyond spoiled-on-arrival narratives of press freedom and Julian Assange’s liberty. The conversation was as much about internet rights as it was about the fundamental social contract between citizen and state. If you care about the future, this is the conversation to be having right now.

Thankfully, the panelists all had differing views. And while all were articulate in their subject area, Clay Shirky emerged as the intellectual leader and Birgitta Jonsdottir brought the most interesting applied perspective. Neither surprising, of course, given Shirky’s track record and Jonsdottir’s singular experience as a sitting member of a Western parliament being pursued by the United States Department of Justice.

Many strands of thought emerged, but most interesting to me related not specifically to leaking, internet anonymity, or anything of the like. Rather, my mind started humming when Shirky began discussing the historical roots of our current international security system. He told the story of the Westphalian-enforcing agreements that emerged after World War II when the major Allied Powers agreed to continue collaborating on intelligence, in large part so countries could circumvent their own laws against spying on their citizens.

What Shirky didn’t mention, but perhaps underlies his tale, was that this collaboration went far beyond the sharing of clandestine services and information. It, in fact, betrayed a much larger recognition of the role of information theory in maintaining the international order. It is a little-known fact that, in many ways, Western powers triumphed in World War II through their burgeoning mastery of information theory and of its applications to international conflict and security.

State authorities have long known that information control served the reinforcement of sovereignty. Their control of publishers in the age of the printing press is enough to make that clear. It was the telegraph, however, that first seriously challenged the porous walls of geographic sovereignty. The dawn of near-instant, transnational dialogue would forever change governments’ command of information, a fact they quickly recognized. Of course, early communication networks were extremely costly and relied on highly centralized infrastructure; thus, while they altered how states managed information, they did not outright threaten their sovereignty.

All that has changed. While Wikileaks has most clearly articulated this fact to the global audience, it is certainly not the only one challenging state control of information. The Westphalian agreements, and the tactics used to reinforce them since the 17th century, remind us that there is a larger narrative being written here.

This is, of course, the story of the international order. It is the story of how order is maintained through innumerable transactions between nations, corporations, and individuals, all with varying and fluid amounts of power. While theorists often discuss changes to the international order as if it were a game, the hard reality is that it is one played with nuclear dice. It’s a sobering thought, but one we can’t ignore if we are seriously considering governance reform.

Our new tools are inextricably linked with changes to the global order. Those lobbying for more transparent and accountable systems of authority must recognize that the stewards of national security play their game against the possibility of nuclear war — their game is one where nuclear theory and information theory are tightly entwined. This is neither intended to be alarmist, nor to say that the numerous less dramatic changes should be ignored. Yet if we really want to advance the global system, we must honestly and accurately assess the stakes we’re playing against. For those responsible for state security, the nuclear question is neither hyperbolic nor theoretical.

Washington’s response to Wikileaks proves that American national security managers clearly, truly understand the change that is occurring. And we are still suffering debates on whether technology is changing the world? To the extent that last night, some of America’s recognized elite were largely, publicly in agreement about these changes, surely we can settle this debate.

Change is here and it’s real. Let’s agree on this and move on. The discussion should now be how to steer that change so we can realize a future that is not just different, but better. At one point, Floyd Abrams seemed to suggest that wanting a world that is different AND better is to suggest that everything we’ve had up to this point is worth throwing out. I flatly disagree. It’s quite possible to recognize the immense headway humankind has made in our experiment of civilization while still acknowledging room for progress ahead.

Change opens us to uncertainty. In that uncertainty is both latent opportunity and peril. The challenge now is to unite as a connected global community and to steer uncertainty towards a horizon of hope. I’m not sure what that looks like, but I hope more people are considering the possibilities.

We must investigate emergent models and early answers; a few are certainly beginning to appear. In her discussion of secrecy, Jonsdottir herself offered one. In criticizing her own reflexive response to a student group that “of course secrecy is necessary”, she dispensed a bit of profundity that Shirky and I both seized upon. While it is true that secrecy is important and worth preserving at times, our processes to define what should be secret need to be more participatory and transparent. Secrecy cannot be the default.

To that end, I’m transfixed by the new Al Jazeera Transparency Unit. The enterprising Al Jazeera team is proposing a matured ‘leaks’ model. It offers sources anonymity and protection, and allows them to submit their information to an entity that pledges some level of measured filtering before broadcasting to the world. This is an extremely interesting development, and while yet unproven and rife with unanswered philosophic and theoretical questions, it is still, without a doubt, a solid, tangible effort to make sense of this new age of transparency.

What other hybrid models exist to improve upon our existing systems of trust and filtration? What new techniques might we evolve to harness the forces of connection, transparency, and uncertainty at play? We haven’t even begun to articulate what is possible. Change has rocked information theory. Information theory is at the heart of nuclear security policy, and how nation states balance power at a very real level. As advocates for an improved future, we do ourselves a disservice if we do not consider new forms of governance against this backdrop and perpetuate this asymmetry of perspective. For it is within these constraints that our top decision-makers operate; our new solutions must therefore address these factors head on. Otherwise, we have little hope that Change will leave us more free and happy.

How can we collectively take advantage of newly available tools and networks to move beyond Anonymous, and to start constructively creating that future that we so desperately imagine is on the horizon? While I’m deeply skeptical of anyone claiming to have the answers, I at least wish more people were asking the question. 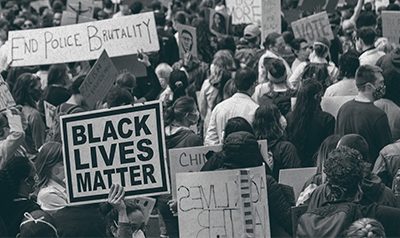